The theme and the activities of the network are unique, because they promote the cultural transfer of European languages which extends beyond the boundaries of Europe. The historical, synchronic analysis and knowledge of Romance languages and their corresponding cultures transmit cultural values which contribute to the strengthening of the European identity. In addition to this, the programme is also a novelty, because it fortifies the Central European identity through the interdisciplinary research and education of multilingualism, since the three Romance languages has greatly influenced the cultures of the region. In the age of the dominance of the English language, the relationships between ‘smaller’ languages raise important questions in the field of theoretical linguistics, culture and education. The aim of the forming CEEPUS network is to shed light on the direct links between the Mediterranean / Romance and Central European regions.

Our common European cultural heritage contains pictorial phrases, singe words or idiomatic connections and collocations that morphed into our current expressions in the Romance, Slavic and even Hungarian languages, a process based on cultural contacts and our shared cultural foundations (Ancient Greek and Roman mythologies, fairy tales, literature, the Bible, religion, social and political events, famous persons). These expressions can be referred to as ’Pan-Europeanism’ and they can be very interesting for education: we plan for students to carry out research that would lead to a multilingual database of terminologies, also available on the Internet. In addition, we are going to pursue a joint research program about the possible strategies for the study of idioms, the difficulties of creating idiom dictionaries, the conveyance of metaphorical meanings, and the questions of cultural background and etymology regarding these Pan-European expressions. The interdisciplinary nature of this sub-project will be further strengthened by a new research into new linguistic methods, and other new (cultural historical, anthropological, sociological, pedagogical and psychological) methods for the methodology of teaching and the field of cultural studies (cultural history). A specific workshop seminar will be set up to study the theory and reception of post-colonial literatures. In the framework of our educational programs, seminars and summer universities organised by the network, students will be able to learn, apply and gain practical experience on the strategies of the Romance languages for culture transfer in Central Europe, characterised particularly by linguistic and cultural diversity. Topics: 1. Linguistics (contrastive and textual linguistics, lexicology, lexicography): The network will emphasize the contrastive study of languages within the framework of applied (synchronic) linguistics. One of the aims is the analysis of (written and oral) texts using textual linguistics and pragmatic research. Both methods provide multidisciplinarity: they will draw their material from works of literature (prose, poetry, drama) and everyday language (advertising, political speeches, blogs, chansons, newspaper articles, etc.), because these form a communication strategy that facilitates the mutual understanding between cultures. 2. Literature (philology, the history and theory of literature, the history and theory of genres, theatre, related arts, etc.): a) The Middle Ages are a very important period in the formation of the Central European cultural identity. Within the network, the diachronic and synchronic approaches will be applied in all three Romance languages during the teaching of medieval cultures and literature. Therefore, the teaching of older literary works is inseparable from the study of language history, which, through the understanding of changes in the meaning of foreign words, facilitates a more complete understanding of the Central European regional processes. b) The Central European reception and history of the modern and contemporary Neo-Latin literatures are the other main strands of our educational programs. We can better understand the process of this reception through the study of the history and theory of genres. Furthermore, we can expand our knowledge of scientific and intellectual history with the help of the reflective critical texts of different historical periods. 3. The meeting of cultures: The old Francophone, Hispanophone and italian colonial cultures, languages and literatures that acquired equality with the Western cultures in the post-colonial age, vividly demonstrate the meeting of cultures with our globalizing world. Special emphasis is placed on the intermediary role of emigration and immigration, in both space and time. The study of these cultures and linguistic variations will help us understand the geopolitics of Central European countries from historical and synchronic perspectives. 4. Translation (history, theory): Translation is one of the main channels of cultural and linguistic reception, therefore the history of the translation of Romance language texts, also the spatial and temporal study of reflections relating to translation, are crucial to our knowledge of the standardization of literary languages, the awakening of certain literatures and the independence (interdependence) of cultures. We also aim to highlight the historical and synchronic study of the main strands of the theory of translation, plus, with the aid of specific works of translation, the reception of Central European literature in the Francophone, Hispanophone and Italian speaking territories. 5. Education (the adaptation of language training and cultural diversity into Central Europe): One of the most important components of the project is the education and application of the methods of language teaching. By comparing teaching methods, textbooks and Internet facilities of the Romance languages, we can set up hypotheses capable of accelerating and deepening the learning of languages. Naturally, this process will require the substantial knowledge of a given culture. Summer Schools (yearly, sometimes it will be combined with professional excursions) – each year organized by a different university. 2014. – Hungary, title: ‘Romance languages and cultures – strategies of communications and culture transfer in Central Europe (reception, translation)’ 2015 – Slovakia, title ‘Romance Languages in the Context of the European Identity’ 2016 – Brno, Czech Republic, title: ‘Romance Cultures in the Context of the European Identity’ 2017 – Ljubljana, Slovenia, titled ‘Creativity, innovation and methodology: the teaching of Romance languages and cultures’ 2018. – Graz, Austria, title: ‘Francophony, Hispanophony and Italophony beyond Europe: strategies of communications and culture transfer in Central Europe’ We would like to involve more silent partners from other CEEPUS countries. 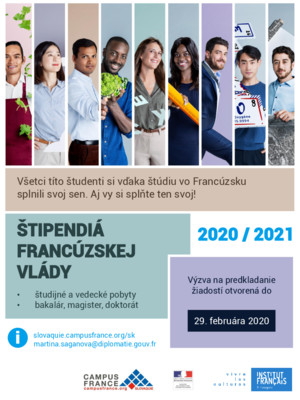 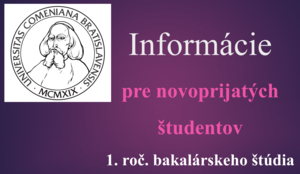